Haunting Night’s Most Haunted Roads in The UK

Haunting Nights Most Haunted Roads in The UK 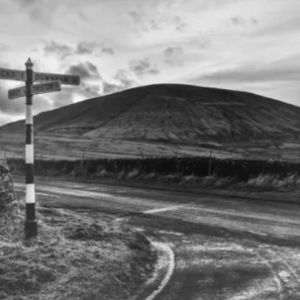 Driving in the dark can be scary enough as it is, but a number of spooky roads haunted by ghostly hitchhikers, monks, and soldiers are supposedly haunted many roads throughout the UK.

Haunting Nights have researched our TOP 5.

Part of this route has existed for nearly two thousand years, having been used by Roman soldiers during the Roman occupation of England in 55 BC, so it’s no wonder the M6 boasts its fair share of reports of the paranormal.

Many  motorists driving on the M6 have witnessed unusual phenomena, like Roman soldiers marching across the road. Some people have claimed that there have been a set of eyes looking at them from the side of the road.

But the scariest sighting – as reported by numerous drivers – is the ghost of a lorry hurtling towards them on the wrong side of the carriageway, seemingly disappearing into thin air just before it would hit them.

A  massive storm late at night during the winter of 1879 caused the Old Tay Bridge to collapse while a train was passing over it. The six-carriage train plummeted into the ice-cold waters of the Tay and all 75 passengers on board sadly lost their lives.

According to an old legend, on the anniversary of the disaster each year, a ghostly train can be seen crossing the old bridge and locals report hearing the screaming cries of the victims. 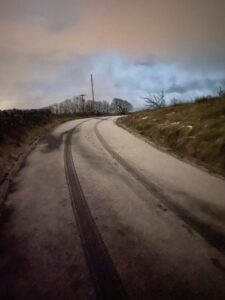 The land beneath the bypass is said to have lots of stories to tell. The hauntings began as soon as building work began on the bypass in the late 1980’s..

Security guards overseeing the work said that they saw children in “old-fashioned” clothes dancing near the construction site. But, when they went to go and investigate, the children disappeared – along with their footprints.

The story goes that there was a mine that stretched out under where the bypass is being built. Mine chutes speckled the land, and local children playing in the area fell down these chutes and their bodies were never found. Their spirits dwell by the bypass. And if you look out over the fields, you can still see the children dancing and playing.

They even appear in the middle of the road and often cause accidents.

But that isn’t all.

The land is also said to be the final resting place of a monk that became disillusioned with his religion. As a result, he was buried in unhallowed ground, and the building of the bypass disturbed his resting place.

People driving along the bypass, to this day, are said to have seen a monk standing by the side of the road. But others have claimed that the ghostly monk has even appeared inside the car and sitting in the passenger seat next to them.

Local police are familiar to the tale of Blue Bell Hill, even to this day.

An accident in 1965 on this very same road took the lives of 3 young women, the day before one of them was due to get married. Although many people will argue that she was killed on her wedding day – no one knows for sure.

Drivers now call the police claiming that a woman in a white dress had darted out of the front of their car, hitting her. But when they got out of the car to help, they couldn’t seem to find her anywhere.

One driver even said that he carried the woman with minor injuries to the side of the road and wrapped her in a blanket before going to get the police. When they returned, the blanket was there but the girl was nowhere to be found.

Many drivers have reported seeing a woman at the side of the road here too. Some have even stopped and offered to give her a lift as it was usually cold, dark and late. The woman would get into the passenger seat and get driven to their destination, only for her to disappear as soon they arrived. 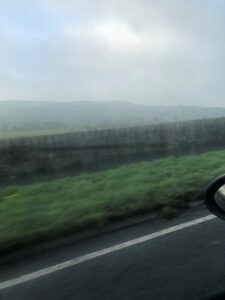 If any road was going to be haunted, it was always going to be the A666, which shares its name with The Number of the Beast.

Several accidents have been caused by sightings of a hunched-over figure limping at the side of the road along the Devil’s Highway. Known simply as the A666 ghost, dashcam footage from 2015 revealed a white creature appear out of nowhere on the deserted road. The video shows the figure slowly approaching a terrified driver while the passenger cries for help.