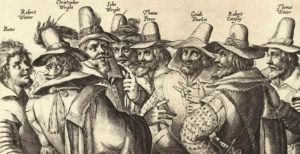 Remember, remember, the fifth of November, when Guy Fawkes Day is celebrated throughout Britain.

The 5th of November commemorates the failure of the Gunpowder Plot, a 1605 conspiracy that would have decapitated the British government by blowing up Parliament, King James I, and his ministers.

The plot was conceived by Robert Catesby, a Roman Catholic who believed that Catholic rights would be diminished under the Stuart monarchy.

To assist him, Catesby assembled a group of co conspirators. Among them was Guy Fawkes, a British soldier of fortune whose name and visage would become inextricably linked with the plot.

The plotters rented a cellar that extended beneath Westminster Palace, and there Fawkes planted dozens of barrels of gunpowder.

The government learned of the plot, however, and Fawkes was arrested. Under torture, he revealed the names of his co conspirators, and all were either executed or killed while being apprehended.

Parliament subsequently declared that November 5th be celebrated as an annual day of thanksgiving, and a variety of traditions became associated with the date.

Children created effigies of Fawkes and paraded them around, asking neighbours for “pennies for the Guy.” The effigies were often burned in bonfires, and celebratory displays of fireworks represented the gunpowder that the plotters had hoped to detonate.

Okay, Let’s Get to the Ghost…  Many who specialise in ghost hunting believe that ghosts choose to haunt places that were special to them, or places where great tragedies occurred. 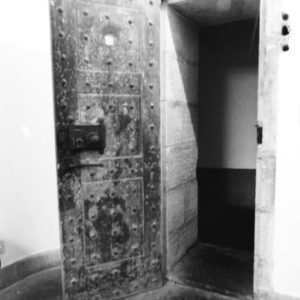 It’s interesting that of all the places Guy “Guido” Fawkes (yes, he actually preferred to be called Guido after his time in mainland Europe) frequented, it’s his birthplace that’s known for his hauntings.

Although haunted hotels have always left me wanting in the ghost-spotting department, I’m not sure I’d want this one to live up to its reputation.

After all, this isn’t some wandering lovesick ghost we’re talking about.

It’s a religious zealot who was willing to blow up tons of people (many of them innocents) for his cause.

Then, he was tortured and ultimately died a gruesome death by hanging.

That’s a spirit with some issues.

Some say the Belfry Suite is also haunted by the spirits of two small children who died of cholera. Regardless of what’s haunting people, there does seem to be a consensus that this lovely little inn is undeniably creepy.